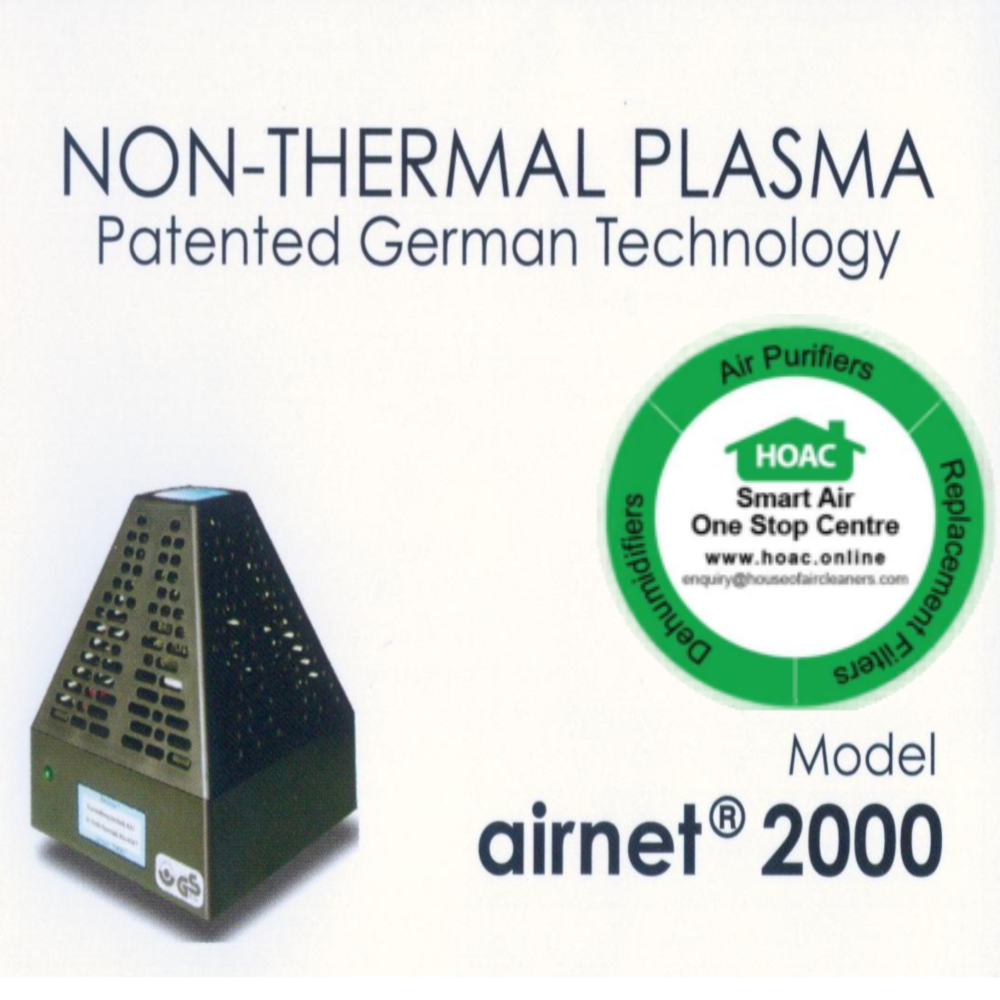 Plasma-O2 is superior to ioniser technology. Conventional ionisers cause a black-ring effect around the unit as sparks from the unit 'burns' organic matter in the air, turning them into carbon deposits. The sparks are also a fire risk near flammable matter.

Plasma-O2 technology produces a corona-effect without sparking. Each tube has 100 discharge points producing an abundant stream of oxygen plasma for effective and continuous sterilisation and purification of air and surfaces.


The Airnet 200 is not an ozone generator. Ozone generators produce high levels of ozone which are toxic to humans. The Airnet 2000 complies with the World Health Organisation (WHO) standards on ozone emission (less than the permitted level of 0.05ppm)

The science behind Non-Thermal Plasma
The unit produces a controlled and continuous high energy electron discharge across the glass wall of the plasma tube. This splits the oxygen molecules in the air to form negatively-ionised oxygen plasma. One of the oxygen radicals found in the plasma include hydrogen peroxide, a very powerful disinfectant and cleanser. When it encounters bacteria, it quickly oxidizes some of the bacteria to die quickly. the negative-ions contained in the plasma also rejuvenates the air and causes dust particles in the air to clump together and fall to the ground as fluff.